In this unique storytelling event, you will listen to tales in an alleyway under the stars, peek into a slide night in a garage and wander through an immersive art experience where the walls tell stories and you are invited to dance. Featuring women from the Finishing School Collective.

Faith Chaza grew up in Zimbabwe, Botswana and South Africa, and now lives and works in Sydney. Faith's works spans music, stage productions and prose. Some of their work can be found in Itch, Aerodome, and The Ghost Eater Collection. Faith wrote for and directed Bodies - a stage production centered around women's bodies, which premiered at Sydney Writers' Festival in 2018.

Peta Murphy is from Fairfield in South West Sydney. Previously a member of the Westside Writers' Group, her work has appeared in several Westside publications and The Lifted Brow. Peta is writing a book about awkwardness, fat bodies, femme sexuality and how these things contribute to and shape her shame and humiliation.

Zarlasht Sarwari is a PhD Candidate at Western Sydney University in the School of Social Sciences and Psychology. Her research involves exploring the transnational and intersectional dimensions of Afghan Australian identities. She has formerly undertaken roles within government and the higher education sector, and is currently focusing on research and writing. Zarlacht is creating work inspired by the lived realities of Afghan Australian women and how disrupted connections to place and culture impact upon the sense of self.

Michele Freeman is a teacher and writer based in Sydney. Her written work has been published in The Sydney Morning Herald, Daily Life, Meanjin and Overland. She has also produced stories for FBi’ Radio’s All the Best program. In 2017 she was the recipient of the WestWords Emerging Writer’s Fellowship and is currently working on her first full-length novel set in Sydney’s Western suburbs.

Sheila Ngoc Pham has a multi-disciplinary background as a writer, editor, producer, radio maker and communications professional. Her writing has been widely published in Australian and international publications and outlets, and staged at Carriageworks, Casula Powerhouse Arts Centre and Sydney Festival. Sheila has held digital and editorial roles with the ABC, and continues to produce radio features for ABC Radio National. She is currently undertaking a PhD at the Australian Institute of Health Innovation and lectures in public health ethics at Macquarie University.

Eda Gunaydin is a 25 year-old Turkish-Australian writer of memoir and short fiction. She is interested in class mobility and diaspora. You can find her work in Meanjin, The Lifted Brow, and Overland, among others. She is the current Dinny O'Hearn Fellow with the University of Melbourne's Australian Centre.

Frances An is a Vietnamese-Cantonese-Australian writer from Sydney. Her short stories have been published in Rigorous, EastLit, ZineWest2017, a Romanian-Australian bilingual anthology, Seizure and Lost In Books. She is a member of the writers' collective Finishing School. Frances also completed the Bachelor of Psychology (Honours) at Western Sydney University, with an empirical research project focusing on moral self-perception.

Joanne Kee is the publisher and a writer for Jazz Australia. She has been a freelance writer for The Sydney Morning Herald and published in Time Out Sydney. She is currently working on short stories with the Finishing School. Joanne is the Executive Producer of Riverside’s National Theatre of Parramatta, which commissions and produces new plays. Operating from the heart of Western Sydney, the theatre draws its inspiration from the rich diversity of Western Sydney and beyond to resonate with and reflect contemporary Australia.

Rawah Arja was born and raised in Punchbowl. She studied a Masters of Teaching at Western Sydney University and was awarded a scholarship to complete her doctorate in Education at The University of Notre Dame. She has been signed for her debut YA novel by Giramondo, to be released this year. Her passion is to write authentic stories that give diverse groups a voice and a sense of belonging, and to explore the Muslim identity.

Marian Abboud is a Western Sydney-based artist working across disciplines in visual arts, performance, dance, installation and site-specific actions. Marian collaborates with community and audiences to create multi-layered culturally driven artworks that challenge perceptions of identity, land and historical frameworks. Her practice is adaptable and unique to the indiviudals or community she works with.

Felicity Castagna is the author of the multi award-winning novel The Incredible Here and Now, and its stage adaptation which premiered at The National Theatre of Parramatta in 2017. Her collection of short stories Small Indiscretions was named an ABR book of the year. Her work has appeared on ABC Radio and TV as well as in national journals and newspapers. Her latest book No More Boats was shortlisted for The Miles Franklin Award and is forthcoming in the US and UK. She runs the storytelling series Studio Stories and is the program director for the Western Sydney women’s writers mentorship scheme, Finishing School.

Ailsa Liu is an artist working across electronic music, performance, installation, fiction and poetry. Her work can be found in Mascara, UNSWeetened and Westside Jr. She writes strangely humorous uncomfortable stories, on death and semi-autobiographical experiences, of liminal spaces and their feelings of loneliness, anticipation and anxiety as generative spaces. She is a member of Finishing School and All Girl Electronic. She is currently studying Fine Arts/Arts at UNSW.

Chloe Higgins is the Director of Wollongong Writers Festival. She was the 2016 KSP Writers’ Centre Emerging Writer-in-Residence and the Varuna/Ray Koppe Young Writers’ Resident. She won the 2017 Feminartsy Memoir Prize and placed third in the 2018 Glimmer Train Family Matters competition. Her debut memoir The Girls explores grief, guilt, family dynamics, and socially-stigmatised sex. The Girls and was listed in The Sydney Morning Herald’s ‘What to Read in 2019’ list. 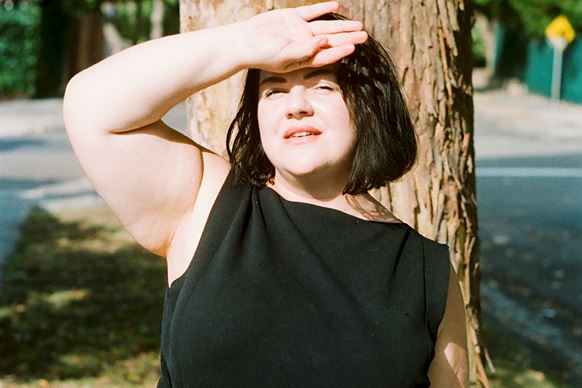