Man Booker Prize-winner Paul Beatty (The Sellout) and award-winning author Roxane Gay (Difficult Women) both use humour to write about the trauma of history. According to The Guardian, The Sellout ‘has a joke-per-line ratio that a comedy writer would kill for, but the humor is nowhere near safe’. Roxane’s Difficult Women is a collection of stories of hardscrabble lives, passionate loves, and quirky and vexed human connection. They talk to Michael Williams about using bleak, provocative humour with purpose. 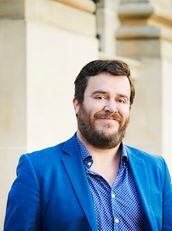