Some of the Festival’s most celebrated guests reveal the books that made them want to become writers. Literary luminaries will discuss intimate and varied influences, offering insights into what shaped them as writers and informed some of today’s important literary works. The international line-up features Booker Prize-winner Tom Keneally, acclaimed writer and essayist Robert Dessaix (The Pleasures of Leisure), Ian Rankin (bestselling crime writer of the Inspector Rebus novels) and Pulitzer Prize finalist Joy Williams (Ninety-Nine Stories of God). Hosted by ABC RN’s Kate Evans.

This event will be Closed Captioned. The National Relay Service is available to assist with phone bookings. Call SWF Box Office on (02) 9256 4200 or email ticketing@swf.org.au to book access tickets.

Please note: due to unforeseen circumstances, Hisham Matar and Hannah Kent will no longer be appearing at this event. 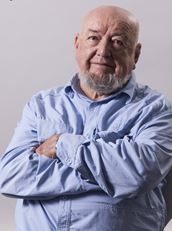 Robert Dessaix is a writer of fiction, autobiography and the occasional essay. From 1985 to 1995, after teaching Russian language and literature for many years at the Australian National University and the University of New South Wales, he presented the weekly Books and Writing program on ABC Radio National. In more recent years he has also presented radio series on Australian public intellectuals and great travellers in history, as well as regular programs on language.

His best-known books, all translated into several European languages, are his autobiography A Mother's Disgrace; the novels Night Letters and Corfu; a collection of essays and short stories (and so forth); and the travel memoirs Twilight of Love and Arabesques. In 2012 he published the collection of originally spoken pieces As I Was Saying,and in 2014 the meditation What Days Are For. A full-time writer since 1995, Robert Dessaix lives in Hobart, Tasmania.

SWF Gala: Maybe This Will Help