This event has been cancelled due to unforeseen circumstances.

In 2015, Maxine Beneba Clarke was named one of The Sydney Morning Herald’s Best Young Novelists and won the Indie Book Award for Debut Fiction. In 2016, she published three books: The Patchwork Bike, her first children’s picture book; a book of poems Carrying the World; and The Hate Race, a powerful, funny and at times devastating story about growing up black in white middle-class Australia. Peter Polites sits down with one of Australia’s most talked about writers. 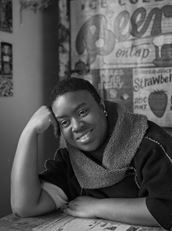 Maxine Beneba Clarke is the author of over ten books for children and adults, including the critically acclaimed childhood memoir The Hate Race, the ABIA award-winning short fiction collection Foreign Soil, the Victorian Premiers Award winning poetry collection Carrying the World, the Boston Globe/Horn Prize and CBCA award-winning picture book The Patchwork Bike and her newly released picture book When We Say Black Lives Matter. In 2019, she was the inaugural Poet Laureate for The Saturday Paper.

Peter Polites is a writer of Greek descent from Western Sydney. Peter writes and performs pieces all over Australia, and also writes performance texts for Urban Theatre Projects. His first novel Down the Hume was shortlisted for a NSW Premier's Literary Award in 2017. His second novel, The Pillars, is a dark satire of gay and ethnic aspirations.