Kick on for Literacy: A Fundraiser for the Indigenous Literacy Foundation

Prestigious Festival guests face off in a debate that has long divided us: is the book better than the ball? Lovers of AFL including Shelley Ware (from cult footy show Marngrook) and David Lawrence argue in favour of the book, while the likes of authors Anita Heiss and Graeme Simsion are ardent supporters of the ball. Audience participation is encouraged at this special Festival event which features auctions, raffles, and a performance by Play School’s Justine Clarke, all held in The Hemingway Bar. Hosted by the Epic Good Foundation as a fundraiser for the Indigenous Literacy Foundation. 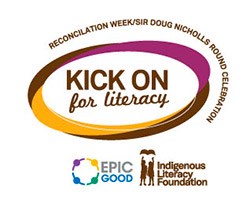 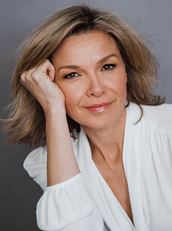 Justine Clarke is one of Australia’s most accomplished and admired performers, a bestselling children’s music artist, an author and an acclaimed film, television and stage actress. Justine’s ARIA award-winning albums of children’s songs, such as Watermelon and Dinosaur Roar, have become part of the canon of classic singalong songs for Australian kids, and her TV music show The Justine Clarke Show is played on high rotation on ABCKids.