The Feminists Are Coming

“The point of conversations like these is to counter the unbelievable gaslighting of the rest of the world. That is the point of feminist writing. It’s saying again and again and again that rage is appropriate and that everything is not okay.” – Laurie Penny

Twenty-five years ago, award-winning journalist Virginia Trioli tried to get to the bottom of questions about sex and power in Australian public life in her book Generation F. In a new edition published in 2019, Virginia revisited the horrifically – and historically – polarising conversation on appropriate responses to sexual abuse and harassment that continues today. Activist, journalist and author Laurie Penny is a powerful voice in global feminism. Their 2017 book Bitch Doctrine: Essays for Dissenting Adults applied dark humour and urgent provocations to hard conversations on online harassment, the transgender rights movement and other definitive issues of our time. With author Sisonke Msimang, the pair tease out the shifts and faultlines of being a feminist in public life.

Laurie Penny is an award-winning author, columnist, journalist and screenwriter. Their seven books include Bitch Doctrine, Unspeakable Things and Everything Belongs to the Future. As a freelance journalist, they write about politics, social justice, pop culture, feminism, mental health and technology for places including The Guardian, Longreads, TIME, BuzzFeed, The New York Times, VICE, Salon, The Nation and the New Statesman. They were a 2014–15 Nieman Journalism Fellow at Harvard University. As a screenwriter, Laurie has worked on The Nevers (HBO), The Haunting (Netflix) and Carnival Row (Amazon).

Two-time Walkley Award winner Virginia Trioli is one of Australia's best known journalists, with a formidable reputation as a television anchor, radio presenter, writer and commentator. Virginia has been the host of ABC TV’s premiere news and current affairs programs, 7.30, Q+A and Lateline, and was the founding anchor of ABC News Breakfast on ABC TV, which she co-hosted for 11 years. She now presents the Mornings program on ABC Radio Melbourne. Her seminal book Generation F was re-released last year on its 25th anniversary.

Sisonke Msimang is the author of Always Another Country: A memoir of exile and home and The Resurrection of Winnie Mandela: A biography of survival. She is a South African writer whose work is focused on race, gender and democracy. She has written for a range of international publications including The New York Times, The Washington Post, The Guardian, Newsweek and Al Jazeera. Sisonke is the curator of the literature and ideas program at Perth Festival. 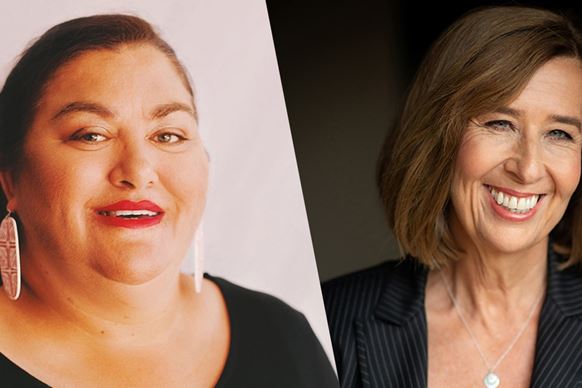