Legend of theatre John Bell and stellar reporter ABC Melbourne’s Virginia Trioli come together to exchange their unique insights into leadership. John, an award-winning actor and director, and founder of Bell Shakespeare, sheds light on his new book Some Achieve Greatness: Lessons on leadership and character from Shakespeare and one of his greatest admirers. John’s book distils valuable lessons on leadership gleaned from some six decades spent bringing complex and fascinating characters to life (and death) on stage. Virginia brings her perspective as one of the country’s most formidable journalists, famed for cutting through scripted spin to find out what makes political leaders tick (and sweat). 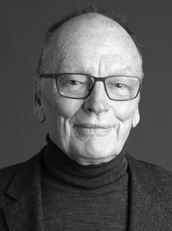 John Bell is one of the nation’s most illustrious theatre personalities and has been a key figure in shaping the nation’s theatrical identity as we know it over the past 50 years. As co-founder of Nimrod Theatre Company, John presented many productions of landmark Australian plays, and in 1990, John took on an even greater challenge, founding The Bell Shakespeare Company. John is an Officer of the Order of Australia and the Order of the British Empire; has an Honorary Doctorate of Letters from the Universities of Sydney, New South Wales and Newcastle; and was recognised in 1997 by the National Trust of Australia as one of Australia’s Living Treasures.

Two-time Walkley Award winner Virginia Trioli is one of Australia's best known journalists, with a formidable reputation as a television anchor, radio presenter, writer and commentator. Virginia has been the host of ABC TV’s premiere news and current affairs programs, 7.30, Q+A and Lateline, and was the founding anchor of ABC News Breakfast on ABC TV, which she co-hosted for 11 years. She now presents the Mornings program on ABC Radio Melbourne. Her seminal book Generation F was re-released last year on its 25th anniversary.