Greatly missed on TV screens, the nation’s favourite film critics Margaret Pomeranz and David Stratton reunite in this special conversation on Australian movie adaptations of books. The famously sparring duo settle back into their critics’ chairs to discuss and debate Neil Armfield’s Candy (starring Heath Ledger and Abbie Cornish), Baz Luhrmann’s The Great Gatsby, Simon Baker’s Breath (based on Tim Winton’s Miles Franklin Award–winning novel of the same name), Bruce Beresford’s Ladies in Black, Robert Connolly’s The Dry and Peter Weir’s classic Picnic at Hanging Rock. Discover which films Margaret and David believe did justice to the original text, bested the books or lost their lustre when transposed from page to screen. 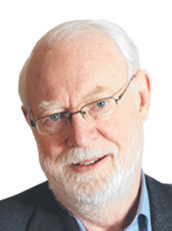 David Stratton was the director of the Sydney Film Festival from 1966–1983. He contributes film reviews to The Australian, and is the author of two books on Australian cinema: The Last New Wave and The Avocado Plantation. From 1981–2004, he presented films on SBS Television and was, with Margaret Pomeranz, co-host of The Movie Show from 1986–2004. In July 2004, Margaret and David moved to ABC television with their show, At The Movies.

Margaret Pomeranz AM co-hosted The Movie Show on SBS and At The Movies on ABC with David Stratton for nearly three decades. She has served as a member of the Advertising Standards Board, is a past president of the Film Critics Circle of Australia and has been both president and vice-president of Watch on Censorship. Margaret also presented a movies and a review program Screen on Foxtel. She has a Bachelor of Arts from Macquarie University and was selected for the Playwright’s Studio at NIDA, after which she began writing for television, radio and film. She joined the newly established Special Broadcasting Service in 1980 as writer/producer, which led to her being appointed producer for David Stratton’s movie hostings. Some years later, in 1986, they were able to get The Movie Show up and running. The duo moved to the ABC in 2004 to establish At The Movies.