Aboriginal and Torres Strait Islander listeners are advised that this podcast episode contains the names of people who have died.

“That sense of loving does not mean silence. It doesn’t mean acceptance...When you love something, you’re not silent about it.” – Vicky Shukuroglou

Loving Country: A Guide to Sacred Australia is a guidebook by Dark Emu author Bruce Pascoe and co-author and photographer Vicky Shukuroglou. It offers a new way to explore and fall in love with Australia by seeing it through an Indigenous lens. The duo speaks with ABC Radio National’s Daniel Browning about their beautifully designed road map that celebrates some 65,000 years of inhabitancy, including the fish traps at Brewarrina and rivers that feed the Great Barrier Reef, and the need to love and protect Country amidst the recent and ongoing destruction and devastation of sacred sites in this land. 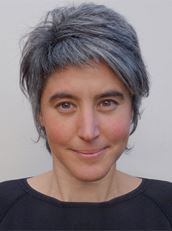 Vicky Shukuroglou is an artist and researcher dedicated to deepening her understanding of the Earth through careful observation and hands-on care of country. This drives her creative process, through which she hopes to rouse your heart. She has worked collaboratively with writers, musicians, scientists, Indigenous communities and young people. With Bruce Pascoe, Vicky recently co-authored Loving Country: A Guide to Sacred Australia, and created the photographs. Vicky’s supporters have included UNESCO, Sanskriti Kendra, Instituto Sacatar, schools and universities.

Daniel Browning is an Aboriginal journalist, radio broadcaster, documentary maker, sound artist and writer. Currently, he produces and presents Awaye!, the Indigenous art and culture program on ABC RN, a specialist radio network of Australia's national broadcaster. Awaye! surveys contemporary Indigenous cultural practice across the arts spectrum. A visual arts graduate, Daniel is also a widely published freelance arts writer. He is a former guest editor of Artlink Indigenous, an occasional series of the quarterly Australian contemporary arts journal. He is the curator of Blak Box, a specially designed sound pavilion commissioned by Urban Theatre Projects, a performing arts company based in western Sydney. Daniel is a descendant of the Bundjalung and Kullilli peoples of far northern New South Wales and south-western Queensland.