Top End Girl is the rollicking and thought-provoking memoir from actor, activist and writer Miranda Tapsell, spanning the world from Kakadu to Cannes. It captures her love of Darwin and the Tiwi Islands, and a childhood of rarely seeing herself represented on screen.

Miranda talks about how she built a stellar career, shooting to fame in The Sapphires and then, as an award-winning actor, decided to change what she saw on screen herself.

ABC Radio National’s Daniel Browning joins the writer and star of Top End Wedding to discuss a ripping yarn that holds up a mirror to Australian society and its prejudices.

Miranda Tapsell is a proud Larrakia Tiwi woman from Darwin who grew up in Kakadu National Park. Recently, Miranda co-wrote, co-produced and starred in the film Top End Wedding that premiered at the 2019 Sundance Film Festival and was released theatrically in 2019 to stellar reviews and box office success. She will next be seen in the feature film, The Dry. Miranda is renowned for her stellar performance in the film The Sapphires as well as the television series Love Child for which she won two Logie Awards. Other television series include Doctor Doctor, Secret City, Get Krack!n, Mabo, Play School and the animation Little J & Big Cuz. Top End Girl is Miranda's entertaining and thought-provoking memoir.

Daniel Browning is an Aboriginal journalist, radio broadcaster, documentary maker, sound artist and writer. Currently, he produces and presents Awaye!, the Indigenous art and culture program on ABC Radio National. Awaye! surveys contemporary Indigenous cultural practice across the arts spectrum. A visual arts graduate, Daniel is also a widely-published freelance arts writer. He is the curator of Blak Box, a specially-designed sound pavilion commissioned by Urban Theatre Projects, the performing arts company based in western Sydney. Daniel is a descendant of the Bundjalung and Kullilli peoples of far northern New South Wales and south-western Queensland. 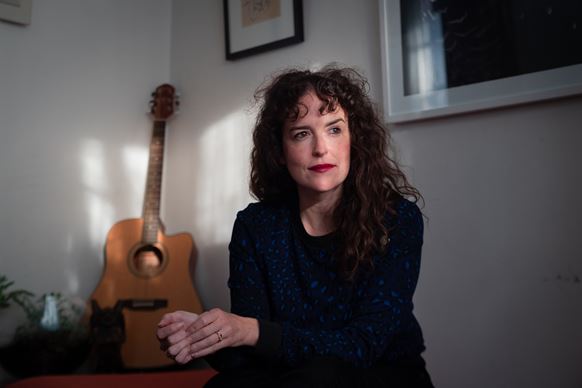