A master of popular criticism, The New York Times have christened Daniel Mendelsohn “our most irresistible literary critic”. In The Bad Boy of Athens: Classics from the Greeks to Game of Thrones, Daniel uses the ancient past as a lens to examine modern culture in a collection of essays that traverse everything from Sappho’s sexuality and the feminism that can be found in Game of Thrones, to the unexpected connections between Homer and robots. Daniel is joined by Tali Lavi.

The Bad Boy of Athens is available for purchase from Gleebooks.

Supported by Rowena Danziger AM and Ken Coles AM.

Daniel Mendelsohn is the Editor-at-Large of The New York Review of Books and an award-winning memoirist, critic, essayist and translator. A longtime contributor to The New Yorker and The New York Review, he has also been a columnist on books, film, TV and culture for BBC Culture, New York Magazine, Harper's and The New York Times Book Review. His books include the memoirs An Odyssey: A Father, a Son, and an Epic, the internationally bestselling Holocaust family saga The Lost: A Search for Six of Six Million, and three collections of essays, most recently The Bad Boy of Athens: Classics from the Greeks to Game of Thrones. 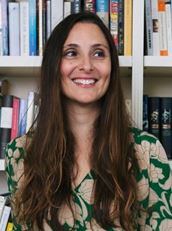