Jo Lennan and Laura Jean McKay have written two brilliant, wholly original books that examine humanity and animality as a wave of extinctions gathers force. The stories in Jo’s In the Time of Foxes are united by the clever, dangerous spirit of the fox. Laura’s The Animals in That Country conjures an Australia in which the victims of a pandemic begin to understand the language of animals. Joined by the Wheeler Centre’s Veronica Sullivan, Jo and Laura discuss how their work invites us to rethink our relationship with animals and why our fate is tied to the creatures we share the planet with.

In the Time of Foxes and The Animals in That Country are available from Gleebooks.

Jo Lennan is the author of In The Time of Foxes, a collection of short stories to be released this May. Born in Wollongong, she studied in Sydney and Oxford. Jo has worked as a lawyer and writer, contributing to The Economist, 1843, Time Magazine and The Monthly. Her work has featured in the Best Australian Stories and Best Australian Essays anthologies. 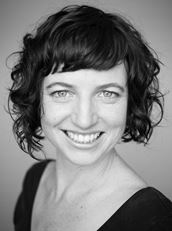