A Message From The Artistic Director 2018 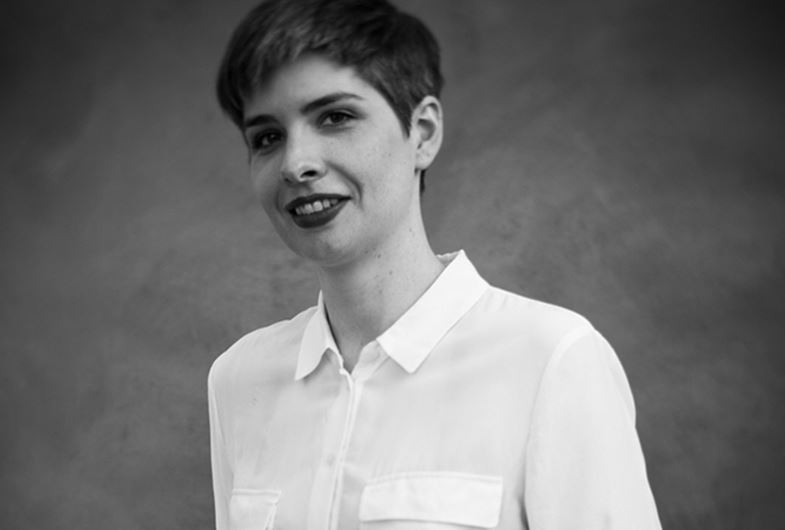 The ever-expanding reckoning of the past few months has progressed at an extraordinary pace as journalists have taken on the role of quasi-litigators, careers have been toppled, and traditional power structures have been challenged. This atmospheric shift means that many are questioning what it means to have power — who holds it, how has it been abused and misused, why, and how it can be wrested back.

If hard times make for good art, perhaps it’s no surprise we’ve seen some truly great art in the past 12 months. This was a year in which old power structures began to tremble under the collective weight of the bullshit they held up. Finally, long-silenced voices rose together and became a movement. This was a year in which a super-hero movie adapted from a comic book, revitalised by one of Africa-America’s leading thinkers, became one of the most important cultural and literary artefacts. This was a year in which internet trolls and professional kvetches carved out lucrative empires for themselves, and rose to office. A year in which voices from the margins and borders were amplified, and one of the most heartbreaking works of literature is a true story, a lament for a broken immigration system.

Right across the Festival program, our guests will examine power and its adjacent qualities, and its relationship to sex, money, politics, identity and the state of the world. We’ll be making a firm case for literature, stories and public conversation helping resist the pull of a backward-lurching culture.

To open the Festival, three of the world’s most celebrated literary figures — André Aciman, Min Jin Lee and Alexis Okeowo — will each deliver an address on the theme of power. Few writers today can conjure the full scope of love and longing as devastatingly as André Aciman. The Call Me by Your Name author will talk about his coming-of-age novel as well as his latest work, Enigma Variations. Min Jin Lee’s Pachinko is a deep, broad, addictive history of a Korean family in Japan, and one of The New York Times top 10 books of 2017 Alexis Okeowo’s A Moonless, Starless Sky is an enthralling work of literary journalism that forms a vivid tapestry of African people courageously resisting fundamentalism across the continent.

Junot Díaz will speak about Islandborn, his exquisitely illustrated children’s book, which wrestles with the themes of identity and belonging that have underpinned his Pulitzer Prize-winning adult fiction.

Cult writer Eileen Myles will discuss their provocative body of work; a canon that spans 20 books of poetry, prose and fiction, including the iconic queer autobiographical novel Chelsea Girls.

For 500 days, NBC News correspondent Katy Tur followed Donald Trump around the US to document and fact-check his volatile bid for presidency, becoming part of the first women-led politics team in the history of US network news. Katy joins ABC 7.30’s Leigh Sales to discuss her darkly comic campaign memoir, Unbelievable.

Amy Bloom, the bestselling author of Away and Lucky Us, was guided by 3,000 letters between American journalist Lorena Hickok and Eleanor Roosevelt as she re-imagined one of the 20th century’s greatest love stories in her triumph of historical fiction, White Houses.

For five years Francisco Cantú was a patrol agent on the US–Mexico border, a deadly crossroads for human trafficking and drug smuggling. His memoir, The Line Becomes a River, has been hailed by Vulture as among the most exciting releases for 2018. Francisco will talk about his book, which details how he quit his job, then saw a fuller picture emerge after an undocumented friend was detained.

Masha Gessen, who wrote an acclaimed biography of Vladimir Putin, is unparalleled in her understanding of the events and forces that have wracked her native country in recent times. Masha joins Moscow-based correspondent for The Telegraph, Alec Luhn, to examine the future of Russia, discussing her award-winning new work The Future is History.

Emily Wilson is the first woman to translate The Odyssey into English. She’ll speak to Jennifer Byrne about her fresh perspective on the rousing tale of shipwrecks, monsters and magic.

In a headline Festival event, Tracey Spicer, New York Times journalist Jenna Wortham and Washington Post writer Irin Carmon (who broke the story of CBS host Charlie Rose) discuss the #MeToo movement. They’ll examine its repercussions, how the media have handled (and mishandled) it and why Australia’s defamation laws may have prevented it from taking full flight here.

One of the most talked-about novels in recent times, My Absolute Darling by Gabriel Tallent, has been hailed a “masterpiece” by Stephen King. Michael Robotham meets the star debut author to discuss this challenging, confronting and virtuosic novel.

Two of The New York Times’ finest cultural commentators, Wesley Morris and Jenna Wortham, distil the latest in TV, film, celebrity and the internet. Join them for a special Festival edition of their podcast Still Processing.

In a captivating talk, New Yorker staff writer Ben Taub will draw from his award-winning reportage on Syria to argue that malicious states are more capable of systematic atrocities than any terrorist group can ever hope to be.

An Oprah’s Book Club selection and New York Times bestseller, An American Marriage is a stunning love story about family, injustice and marriage. Glory Edim meets Tayari Jones to discuss one of the most celebrated books of the year.

Pajtim Statovci talks with Peter Polites about My Cat Yugoslavia, Pajtim’s captivating debut novel about a young gay immigrant —and his talking cat — hailed “a marvel” by The New York Times.

Helen Garner is distinguished by her ability to write with unsparing honesty about both her subjects and herself. The author described by The New Yorker as “a recording angel at life’s secular apocalypses” speaks with Matthew Condon about the role of observation and self-scrutiny throughout her career.

It’s been almost six years since a freshly deposed Julia Gillard offered more insight into the problems that plagued her term in office than three years’ worth of editorials combined. “The reaction to being the first female prime minister does not explain everything about my time in the prime ministership, nor does it explain nothing about my prime ministership,” she said, before imploring the nation to “think in a sophisticated way about those shades of grey”. In an electrifying Sydney Town Hall discussion, Gillard discusses power and gender in conversation with ABC’s Laura Tingle.

Two of our finest writers, Michelle de Kretser and Christos Tsiolkas, talk about On Patrick White, Tsiolkas’ vivid celebration of the Nobel Prize–winning author’s work that asks: What does it mean to us now?

At Chatswood Concourse, Michael Robotham talks to Jane Harper about her gripping mystery, Force of Nature. At Riverside Theatres, Parramatta, Richard Glover sits down with Jacqui Lambie to talk about her explosive memoir, Rebel With a Cause, and Hamish Macdonald interviews Peter Greste about The First Casualty.

We’re thrilled to be presenting All-Day YA in Parramatta, with international stars Patrick Ness and Jesse Andrews headlining a packed program of award-winning Australian authors including Alice Pung, Jay Kristoff and Shaun Tan. Family Day will take over Carriageworks, with crowd favourites Chris Riddell and newly anointed Children’s Laureate Morris Gleitzman, and Diary of a Wimpy Kid fans will descend on Sydney Town Hall to hear Jeff Kinney talk about the latest adventures of Greg Heffley in The Getaway.

Jennifer Egan’s Manhattan Beach, her long awaited follow up to the Pulitzer Prize-winning A Visit from the Goon Squad, is an intricately woven, hauntingly beautiful historical novel. Jennifer will deliver the Festival’s Closing Address about the power of media, and her ongoing relationship with technology, as a threat, a structural inspiration and an ever-evolving subject.

This May, hundreds of the world’s most exciting writers will converge on Sydney, at our new Festival hub Carriageworks. We hope you’ll join us.